So I’m a little late publishing this one but here we go again, time to rummage through another box of anime goodies. This months focus has shifted from those working towards their dreams and jobs to those working hard just to Survive “whether it’s grueling training, epic battles or facing the power of a Shinigami”. Loot Anime tells us that with these items we can “power through life’s challenges” and they come courtesy of Death Note (still salty over the Netflix adaption), Black Clover, Naruto Shippuden and Deadman Wonderland. Luckily I’m familiar with all series this month except for Black Clover which is still relatively new.

Loot Anime are continuing their efforts to win back fans who’s trust in the crates was feigning with another ‘spoiler reveal’ video and what do you know it’s another figure! We’ll get to what or who it is in a bit but I will say that it’s comes straight out of Naruto Shippuden. A great start so with that down let’s think what else could be in store.

Why not look at Death Note first as it’s the second time it’s cropped up and only recently as a nifty mug in Unnatural. As far as predictions go for a second time well after the awful Netflix adaption I could do with something to cheer me up and who better than the one thing they almost got right Ryuk. A t-shirt, a plush, a keychain just anything with that classic death god grin. Black Clover is a fairly new series, so new that the anime dropped just this month so it’s basically assured that this’ll be the manga right? That just leaves Deadman Wonderland (a series I’d love a second season to) and well I’ m hazarding a guess at some kind of wearable as Work For It was lacking one.

As the crate has now arrived let’s crack on with our unboxing.

To read my full breakdown of this months Loot Crate head over to NerdHub.com 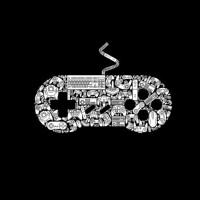 This is Jo. Writer. Gamer.